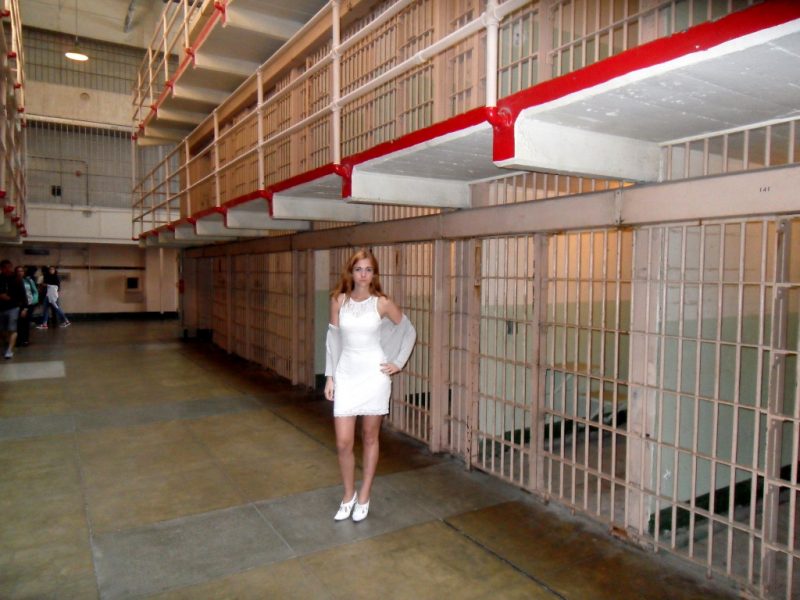 Traveling can sometimes be as scary as it is exciting. Traveling with chronic diseases including psoriasis can be even scarier. There have been many articles written by fellow travel bloggers about how traveling helped them to be more confident and overcome their fears. As much as I would love to agree with this sentiment, in my case it was often quite the opposite. While traveling can definitely make a positive impact on your life, especially during the beginning, it’s hard to manage.

When I was 16 I was diagnosed with psoriasis as well as Reynaud’s syndrome.  While these two chronic diseases can be treated and controlled, they cannot be fully cured. Psoriasis is an autoimmune disorder that causes red and white itchy plaques on your skin, nails, and scalp.

I guess I don’t have to explain why it’s uncomfortable. Reynaud’s syndrome is a circulatory condition that prevents blood circulation in the hands and feet, leaving you with white numb fingers when the temperature drops.

How to Travel with Chronic Diseases

Reynaud’s syndrome didn’t cause any huge problems, apart from skiing where I often can’t hold my sticks. I can’t grab snow with my hands but I’m still able to do other activities that would seem impossible, like snorkeling in ice-cold water in Iceland. In that case, I was wearing gloves so I was fine.

Psoriasis, on the other hand, isn’t as easy to get used to while traveling. There are months when my skin is pretty normal, but I often have outbreaks when I’m on the road. As silly as it sounds because it’s “just” my skin. Those who suffer from the same disease can relate and agree with me. It’s probably the worst thing that can happen before going to the beach.

In the beginning, I would hide by wearing long skirts and not going for a swim, but the more I traveled the more I understood that I just need to cope with it.

Unfortunately, the world around me doesn’t seem to cope with psoriasis…

When psoriasis on my scalp gets bad, flakes of skin drop whenever. I shake my head or put it on something and it’s there. I feel like a snowman leaving snowflakes everywhere; dark-colored plane seats are my worst nightmare.

This is also why I stopped staying in hostels and sharing rooms with strangers. No matter how understanding some people can seem, they still stare.

I always wanted to go to the Aquaventure waterpark in Dubai, but a few days before my flight to the Middle East I received laser treatment (that failed after all). So not only did I have red plaques all over my skin, but also dark dots.

My choices were: going and dealing with people, or not going and skipping the adventure I had been waiting to experience. I decided to go and I have to say that as I stepped out of the dressing room, I immediately regretted it. The entire crowd stared at me constantly. However, in the end I survived and I was glad I did it.

My worst psoriasis story was my experience flying with Emirates airlines. When I was trying to board my flight to Singapore, a flight attendant pulled me out of my seat. I suspected that it could have been about my psoriasis, but I didn’t want to make a scene.

The flight attendant asked me what was wrong with my skin in front of the other passengers. As she wasn’t very discreet about it, other people started to look very concerned.

I explained to her that there was nothing to worry about as psoriasis is a genetic disease and not contagious. She seemed like she didn’t believe me and said ‘I don’t know what that means in English, but we have a procedure’. After calling her colleague who also claimed that English wasn’t her first language they claimed that I probably shouldn’t fly. Why?!?!

After 15 minutes I was finally able to stay in my seat, but now I had to answer a whole bunch of questions from the curious passengers sitting around me.  It was horribly uncomfortable. And the worst part of it all? When I complained to Emirates airlines about the situation, they didn’t even apologize.

In spite of experiences like these, I’ve learned that traveling isn’t impossible with chronic diseases. When my psoriasis gets bad I adjust my clothing when I can. For instance by wearing long gloves and covering tights. However, if I want to go to the beach, I don’t let my illness hold me back.

I’ve also learned to tell people about my psoriasis before they have a chance to ask about it. If I see a person I just met staring, I tell them ‘It’s just psoriasis, it’s not contagious or anything’ and it usually makes them feel more comfortable. It doesn’t always make the situation better, but there’s nothing more I can do about it.

On the bright side of things, my psoriasis actually helped me get closer to people a few times. When I was going to Tortuga Bay beach in the Galapagos Islands, a local woman stopped me to ask about my skin. I explained to her that it’s a chronic condition and she shouldn’t worry about me, but she really insisted on me going to her house to try a cream that her daughter uses.

I tried to politely thank her, but she kept insisting. Finally, I agreed to try out her cream while she served me iced tea and cookies while chatting about the Galapagos for over an hour.

I’m obviously not the only one who travels with chronic conditions. Below are some stories and advice from fellow travel bloggers to encourage those who don’t think they can travel to go and explore the world despite their circumstances.

I’ve had psoriasis since I was 15, Crohn’s Disease since I was 21, and high blood pressure for the past 3 years. I like to say that I live with a body that hates me. We (my body and I) have managed to negotiate though; I treat it the best I can and it doesn’t stop me from doing what I want. It’s been a tenable peace treaty and, for the most part, we have each upheld our part of the bargain.

The biggest impact to my travels is the 100’s and 100’s (and 100’s…) of pills I tote around the world with me. I take 2 medications for the Crohn’s and another for high blood pressure. I keep them all in their original containers and have copies of the prescriptions, along with the contact information of both my doctor and my pharmacist. Just in case I am ever questioned.

In more than 3 years of active travel I have only ever been asked about it once and even that time all that was needed was a short conversation. All of it in my absolutely terrible Spanish!

My best advice for traveling with a chronic condition is to listen to your body. Don’t let it stop you from doing what you want but make allowances for it when you need to. Rest. Eat well. Slow down. Do what you can and be grateful to your body for what it lets you do.

Traveling as a celiac is certainly daunting, and takes extra research and work, but is well worth it in my book! I tend to travel primarily in Southeast Asia and other areas where the disease is less known. As a result, saying I have celiac doesn’t often work.

Instead, I’ll research well in advance about the ingredients I can and cannot eat locally. I search what will work with a translator for a strong translation card to bring with, and will figure out how to say “x and y ingredients will get me sick.” Thus far it has allowed me to eat at many a street stall, far more than I ever thought possible.

Yes, I have occasionally gotten sick, and yes people have sometimes assured me something is GF when it is not. But the rewards. Learning and experiencing through food have brought an infinite amount of joy. I’ve tried to share what I’ve learned through my celiac guides on my website since others with the disease are often keen to travel but scared to get sick.

Caroline Eubanks – Caroline in the City

I was diagnosed with eczema in 2012 after a few years of having flare-ups of rashes on my face and hands. First, I noticed it around my lips in Australia in 2011, and the cold weather in 2012 in Munich made it flare up. I hate that all of my pictures feature a rash on my face. I even went to the pharmacy for a prescription for a medicated lotion, but it only slightly helped.

Since then, I’ve been prescribed countless lotions and creams and even changed my diet. But you never know when a flare-up will strike. It’s made worse by cold or dry weather and stress. When I have a rash on my face, I get really insecure, because I can’t use makeup to cover it up. It will only make it worse and everyone asks about it. But I do my best to keep it under control on the road!

I have only recently been diagnosed with Crohn’s; I have been traveling while ‘sick’ for a few years though. Crohn’s, in short, is an auto-immune disease that affects your digestion. My symptoms were stomach pains, persistent mouth sores (about 12 at any given time for a whole year), fatigue, episodes of vomiting, thinning hair, and lots of number 2s.

Traveling with a boyfriend, Crohn’s was probably the most unattractive thing to get. Vomiting, diarrhea, and mouth sores that hurt so much I can’t even kiss him. Hence traveling through Asia with my man did not do me any justice.

I’m such a big foodie and truly believe food is one of the best ways to experience a culture, but I couldn’t try anything! It hurt my mouth too much, it would upset my stomach. I would ultimately leave me in the bathroom for an hour.

Drinking is one of the worst pains too. I have learned to go out and have fun without having a drink. In the end, it just not worth it.

However, once I found out what it was, I’ve started my treatment which has lessened my symptoms. I can travel with ease, but I have adjusted my diet and try to nap to regain some energy. 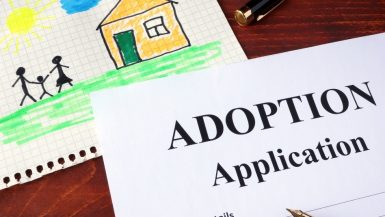 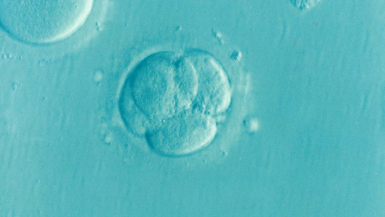 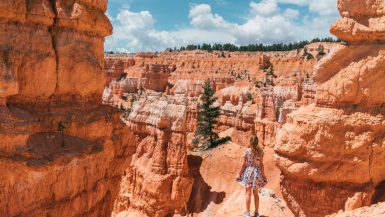 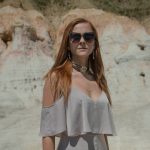 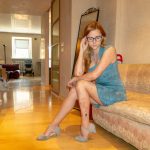 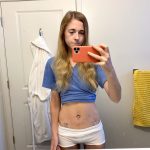 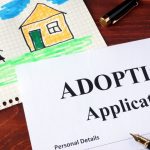 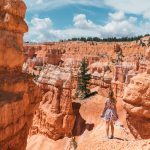